I am currently trying to do a shield effect.

I saw the multipass distortion exemple and I was wondering if it was possible to have the same effect but with the Surface shader type ?

Hello, it is possible to have a similar effect, but you'll have to make some compromises, such as losing the intersection effect since it's calculated in a separate pass. Please refer to the following example:

I've set the Surface Shader to Transparent, turning off Cast and Receive Shadows in the above example.

You may also refer to our ForceShield sample as an example of an alternate setup and effect.
Customer Relations at Amplify Creations
Learn more about our offering: Amplify Creations Products
Amplify Shader Editor won the Asset Store Best Tool Award - Thank you for your support!

Thanks for your answer !

Tried it, but I might miss something here, I can't see any distortion :/ 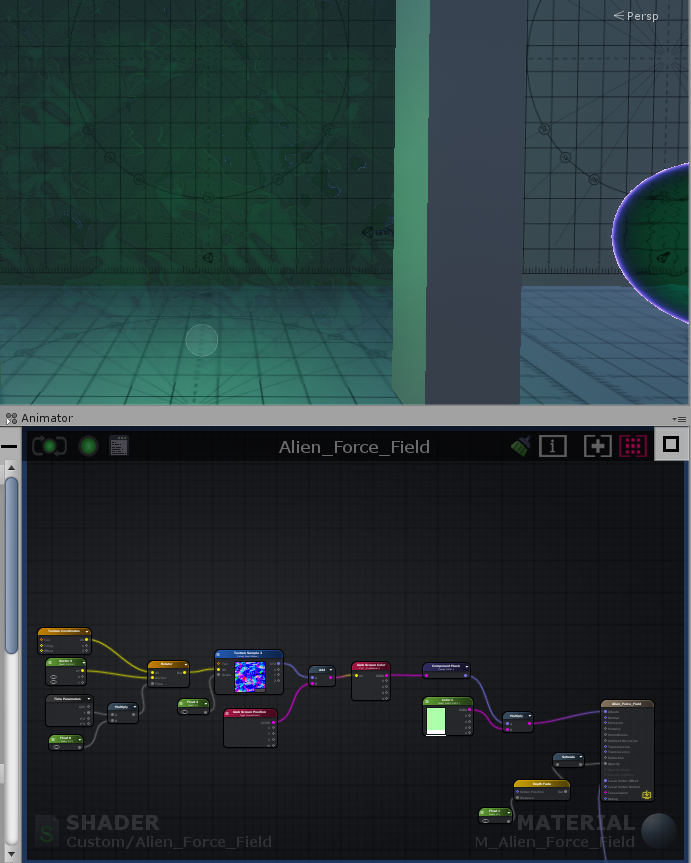 Nevermind, I made a mistake, it works, thanks !

Last question, is it possible to add textures on top of that effect ?

Users browsing this forum: No registered users and 7 guests