Like the great folks at Genera Games you can also add high-quality and high-performing vector based motion blur to your mobile games with Amplify Motion and high-quality color grading with Amplify Color. Based on the popular film, Death Race is the most extreme sports event on Earth, where hardened convicts race to the death to earn their freedom. Experience the supercharged, metal-crushing intensity on your iOS device!

You choose the weapons and the vehicles as you put your life on the line and race for your freedom in this explosive game. In a race where losing means death, are you ready to do whatever it takes to defeat your opponents, before they defeat you? With fast cars, big guns and realistic graphics, Death Race will have you on the edge of your seat!

Don’t miss out, Amplify Motion is 50% Off for Level 11 Members 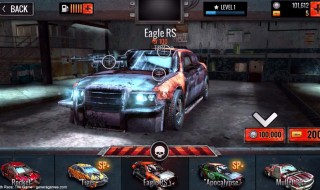 Our grading solution brings industry-level color grading to your Unity game by mimicking the color transforms made inside a tool like Photoshop or typical grading software such as Nuke, After Effects, Fusion or similar; e.g. change contrast, color curves, exposure, saturation, hue and more, or a combination of all transforms at once. For Desktop, WebGL, Mobile & Consoles. 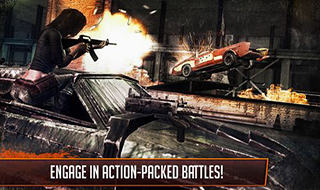