We are very happy to announce a major Amplify Motion update. In version 1.6 we added a new GPU path for skin deformation that greatly increased the performance of Skinned characters across all platforms; solid non-skinned asset performance has also been greatly increased. New HDR support assures compatibility with other High Dynamic Range based plugins such as Amplify Color with its new Filmic Tonemapping or even Scion.

Among the new features we also took this opportunity to fix and improve possible issues such as MSAA quality, multiple camera handling, improved mobile mode with less visual artifacts, skinned meshes not taking base game object motion into account, intermittent solid meshes when attached to kinematic rigidbodies and much more.

Be sure to try our fully functional trial version, we would love to hear about your experience! 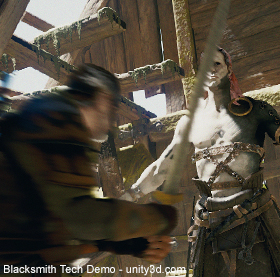